Agent Insights - In this edition of Agent Insights, Greg Nino, a Re/Max agent in Houston Texas, shares some of the craziest open house tips he has heard. 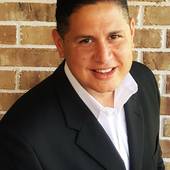 Every once in a while I hear of "new ways to promote an open house." To be honest, most of them are sort of silly.

Here are some real life examples I've seen and heard of:

1. Door knock to all the neighbors letting them know of the upcoming open house.

Keep in mind the purpose of an open house is to sell the home, not provide the illusion of a huge amount traffic and fake interest. The only reason I would ask neighbors to come is to see if I could pick-up potential business while promoting my own. Yes, I am in the business of advertising myself, but I refuse to turn the house into smoke and mirrors. I don't need the entire street bringing their kids, dirty shoes and nosy eyeballs. They already live on the street. Odds are they've been in the house!

2. A progressive open house with a pot luck dinner.

Routinely fellow agents ask if I will participate in "feeding the public" by preparing X amount of food for X amount of people. The concept is members of the public will go to a set number of houses and ultimately eat an entire meal. One agent asked if I could make pot roast or maybe get enough Chickfila sandwiches for 20. The answer was no. I want to show the home to serious buyers.

3. Hiding Coins That Lead to a Cash Prize or Trip.

I attended an open house where the listing agent "hid" a blue coin in the house. Apparently if you found it, you "had the opportunity" to win a trip to some resort in Mexico. I can just imagine Realtors flipping over cushions, tossing aside pillows and looking in the kids dresser. This idea was actually promoted on the MLS and went on for several years!

For more from Greg, check out his website here: http://www.everydayhoustonhomes.com/